1. The EODSA will be responsible for appointing all referees for the following games

2. The EODSA will be responsible for appointing all assistant referees for the following games

3. Each division of the above leagues will be graded each year by the DRC between 10 and 5 where 10 is the highest.

4. Each district pool referee in EODSA will be graded each year following the Ontario Soccer Grading Protocol (www.ontariosoccer.net/grading-protocol) between 5 and 8 where 8 is the highest. Regional referees are graded 9 and Provincial 10

5. Under normal circumstances referees will only be assigned games at or below the grade that they are at, e.g. a grade 8 referee could be assigned to grade 8 or below games.

6. In situations where there is as a shortage of referees, the referee assigner may assign a referee to a game that is higher than his / her grade with the guidance of the EODSA DRC.

7. A referee may be assigned, for upgrading purposes, a game higher than his / her grade at the request of the EODSA DRC or Ontario Soccer Referee Department.

8. All referees will be able to select their availability and preferences for leagues, divisions and locations. Under normal circumstances the referee assigner will respect these preferences. No referee will be forced to officiate a game he or she does not wish to do.

9. Where possible assignments will be done at least 7 days in advance of a game.

10. To ensure that assignments are done fairly for both referees and leagues the following procedure is followed

a)   Each day a leagues games are identified and sorted so that the highest graded games receive priority i.e. grade 10 games will have priority over grade 9 games and so on

c)  The second pass of the assignment run is identical to the first pass except this time a referee will be considered for that game if the location is acceptable to him or her. Typically, this will increase the assigned games to 80%.

d)   All remaining games for each league are now assigned using the third pass of the assignment run. In this case all leagues are considered equal and assignments are attempted for referees who set their league preference to acceptable and their field preference to preferred. This typically will complete the assignment process

e)  Should any games remain a fourth run is performed where again all leagues are considered equal and assignments are attempted for referees who set their league and field preference to acceptable.

11. The assignment procedure described above is repeated on a daily basis until 48 hours prior to a game. After this point a manual assignment process takes place in an attempt to get the game covered

13. The referee assigner may make modifications to the assignments at any time if it is in the best interests of the EODSA and remains within this policy.

14. A league may request to the DRC a manual assignment process on a game-by-game basis prior to 48 hours before a game for a good cause, e.g. for a cup final or for a potentially difficult game

15. The EODSA DRC may request a manual assignment process on a game-by-game basis prior to 48 hours

16. When a referee declines a game invitation he or she is made not available for that day for other assignments. The referee may request to be returned to the referee pool for a valid reason by contacting the referee assigner

19.  If a referee has to decline a game assignment after he has already accepted it he or she may do so according to the following process (EODSA Cancellation procedure)

a) If the game is more than 48 hours away he or she may decline the game on the assignment system.

b) If the game is less than 48 hours away but more than 24 hours away the referee must email or telephone the referee assigner as described on Ref Centre.

c)  If the game is less than 24 hours away the referee must telephone the referee assigner as described on Ref Centre.

d) If the referee has followed the EODSA cancellation procedure there is no requirement for the referee to justify the cancellation with an email, a phone call or a text to the assigner or the DRC.

20. Following a game, a referee must submit a game report on Ref Centre.

21. If a referee did not attend a game the league must report the incident to the EODSA who may decide to take disciplinary action against the referee within the guidelines of the Ontario Soccer published rules.

22. If a referee contravenes any leagues published rules, they must report the incident to the EODSA who may decide to take disciplinary action against the referee within the guidelines of the Ontario Soccer published rules.

23. Following agreement with the DRC, a league, under its policies, may wish to reject with cause a referee from its games. 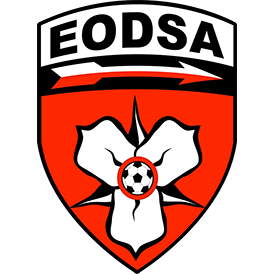